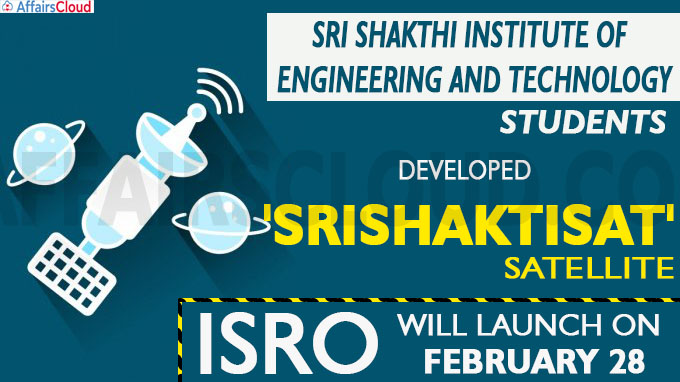 Indian Space Research Organisation (ISRO) is planning to launch ‘Sri Shakti Sat’ a satellite that was developed by 12 college students with inputs from ISRO. This satellite will be launched into outer space by Polar Satellite Launch Vehicle (PSLV)-C51 on February 28, 2021.