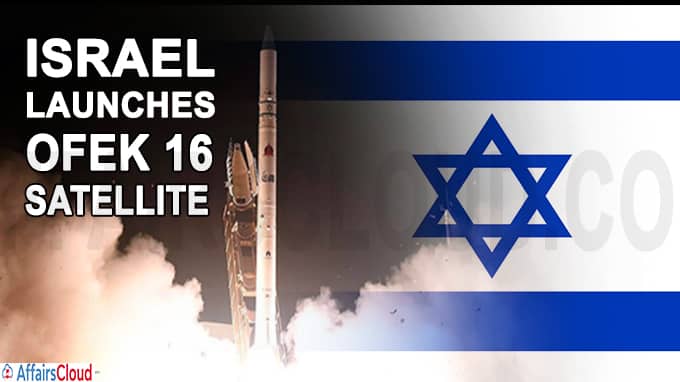 On July 7, 2020, The Space Administration in the Directorate of Defense Research and Development (DDR&D), of the Israel Ministry of Defense (IMoD), and Israel Aerospace Industries (IAI), have successfully launched a new spy satellite “Ofek 16” into orbit by using a locally-developed Shavit rocket from a launchpad at Palmachim airbase in central Israel at 4:00 AM.