Israel Prime Minister Benjamin Netanyahu was on a six-day official visit to India starting from January 14, 2018.

Israel to invest USD 68.6 mln to boost cooperation with India

Israel will invest $68.6 million to boost cooperation with India in areas like technology, tourism, agriculture and innovation over a period of four years.

3rd edition of the Raisina Dialogue began in New Delhi on January 16, 201 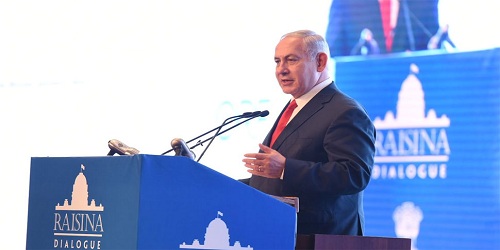 On January 17, 2018, Prime Minister Narendra Modi and his Israeli counterpart Benjamin Netanyahu attended the inauguration of the iCreate centre in Ahmedabad, Gujarat.