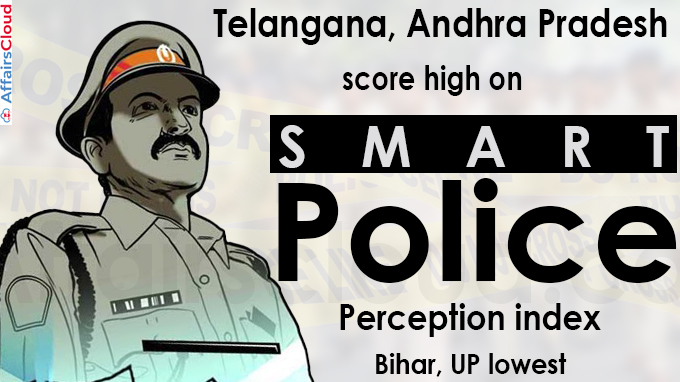 Almost 7 years after the launch of the SMART policing, a Delhi-based think tank, IPF (Indian Police Foundation) has published a survey named ‘IPF Citizen Satisfaction Survey on SMART Policing, 2021’ to identify the public perception of the police.

ii.Andhra Pradesh had the highest perception score in helpful and friendly policing, unbiased and lawful policing, police accountability and public trust in the police.

iii.Kerala had the highest perception score on integrity and corruption-free service. Bihar had the lowest score for this indicator.

SMART – It is an acronym for what the police in the country needs to reform into. ‘S’ – strict and sensitive police, ‘M’- modern and mobile, ‘A’ – alert and accountable, ‘R’- reliable and responsive, and ‘T’ – techno-savvy and trained.

i.Purpose: To gather information on citizens’ perceptions about the impact of the SMART policing initiative.

ii.The survey was undertaken for all states and UTs on basis of people’s opinions and perceptions related to  10 indicators – six linked to competence, three to values, and one to public trust.

Note – IPF was set up by eminent citizens including serving and retired police officers, civil servants, academics and lawyers etc.