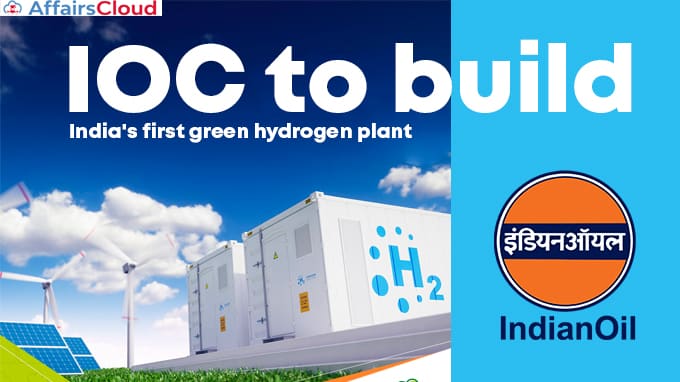 Indian Oil Corporation (IOC) is set to build India’s 1st ‘Green Hydrogen’ plant at Mathura refinery, Uttar Pradesh (UP). Through this, it aims to cater to the growing demand for cleaner forms of energy.

i.It will not install captive power plants in all its future refineries, instead it will use 250 MW of electricity it produces from renewable sources.

It is a clean fuel which is being increasingly adopted by countries to meet the world’s energy needs.