Key Points:
i.It is meant to promote awareness of the inconveniences faced by left-handers in a predominantly right-handed world.
ii.Hundreds of millions of left-handed people in today’s society have to adapt to use right handed tools and objects.
iii.Just 10% of the world’s population is left-handed and this has remained roughly the case for thousands of years. Men are also more likely to be left-handed. 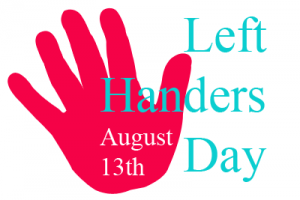 iv.Historically left-handed people were considered inferior, with the use of the left hand being associated with witchcraft.
v.The word sinister comes from the Latin word “sinestra” which originally meant “left” but took on meanings or “evil” or “unlucky.”
vi.Left-hand shakes are a sign of disrespect. This derives from the Middle Ages where people used to use their left hand to wipe after going to the toilet.
vii.Wedding rings worn on the third finger of the left hand originated with the Greeks and Romans, who wore them to fend off evil associated with the left-hand.
viii.Tennis champion Rafael Nadal switched to being a left-handed player – and there’s a myth that his coach and mentor Toni Nadal noted it would give him a bigger advantage on court.