May 23rd 2015 is United Nations day that is aimed at ending Obstetric Fistula, which promotes action toward treating and  preventing Obstetric fistula, a condition affecting many women in developing nations.Fund raisers, mobile van campaigns,media announcements are few events that promote the International day to end Obstetric Fistula.

“We have a moral obligation, as a global community, to complete the unfinished agenda of eradicating fistula. Together, let us keep our promises to support universal human rights and ensure the health and dignity of women and girls everywhere.”     –     Secretary-General Ban Ki-moon 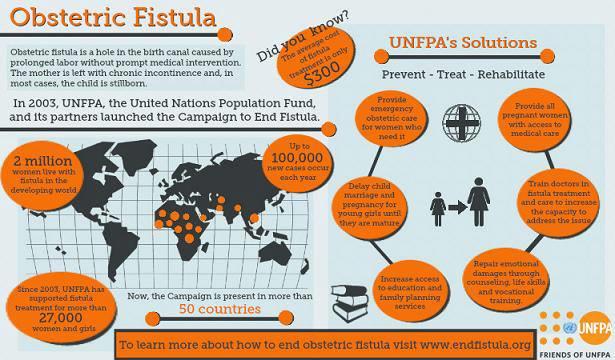 UNFPA- some facts and figures

Obstretic Fistula- what is it ??