The International Day of the Midwife is globally observed on 5th May of every year since 1992 to acknowledge the works of midwives and to raise awareness about their status. The First International Midwives Day was celebrated in 1991. The idea of this day was proposed in the International Confederation of Midwives(ICM) Conference, Netherlands in 1987. The theme of this year is “Midwives with women: celebrate, demonstrate, mobilise, unite – our time is now”. 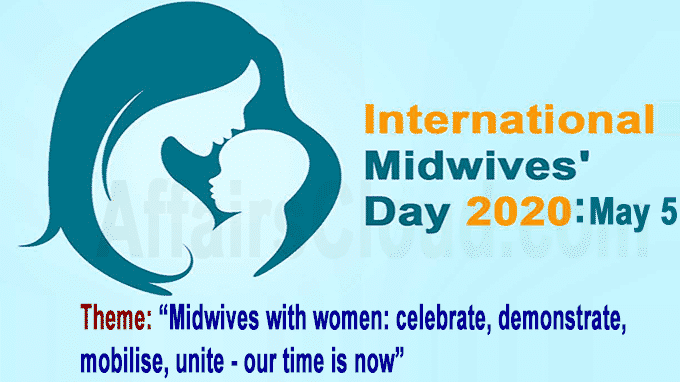 i.The Midwives play a major role in ensuring smooth deliveries in the home births which is less common these days.

ii.The International Midwives Union(IMU) formed in 1922, at Belgium, later renamed as the international Confederation of Midwives(ICM) in 1954 and Marjorie Bays was appointed as the first Executive Secretary

iii.The International Confederation of Midwives (ICM) decides the theme for the campaign to encourage the members, partners and stakeholders to create awareness about the status of the midwives and acknowledge the care they provide for the newborns and the new mothers.

iv.The aim of the ICM on the International Midwives Day are,

v.The World Health Organization (WHO) to commemorate the 200th birth anniversary of Florence Nightingale has designed the year 2020 as the “Year of Nurse and Midwife”.