Union Finance Minister Piyush Goyal presented an Interim Budget for 2019 in Parliament on February 1 2019. An Interim Budget usually doesn’t list out new schemes or doesn’t unveil any policy measures. The government will present the vote on account for the next four-to-five months. A full-fledged Budget will be presented after the House reassembles after the general election. 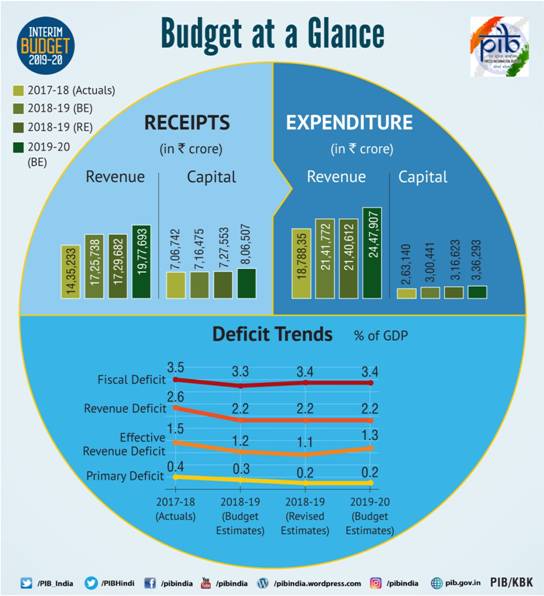 Ten dimensions of Vision for India of 2030:

A vote on account essentially means that the government seeks the approval of Parliament for meeting expenditure — paying salaries, ongoing programmes in various sectors etc — with no changes in the taxation structure, until a new government takes over and presents a full Budget that is revised for the full fiscal.

The reasoning is that there is little time to get approvals from Parliament for various grants to ministries and departments, and to debate these as well as any provisions for changes in taxation.

More importantly, the reasoning is that it would be the prerogative of the new government to signal its policy direction, which is often reflected in the Budget.

History of the Budget