The Union Ministry of Finance in a circular dated September 30, 2019 notified that the interest rates of post office small savings schemes, including that of Public Provident Fund (PPF), Sukanya Samriddhi Yojana (SSY), National Savings Certificate (NSC) and Senior Citizen Savings Scheme remain unchanged for the third quarter (Q3) October to December of the current financial year 2019-20. They will earn the same interest rate as of July to September quarter (Q2) of FY 2019-20. The rates are revised quarterly. 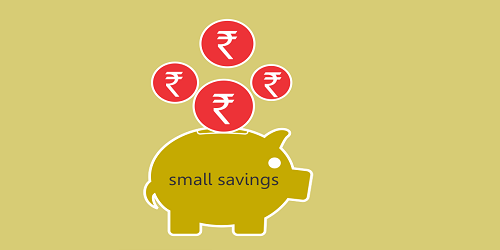 Reasons for no change: Increase in the budget’s fiscal deficit (3.3% of GDP-Gross Domestic Product) and reduction in the corporate tax rates.
Interest rate on Small Savings Scheme for Q3 FY 2019-20 is as follows:

Key Points:
i. 5 year post office time deposit is eligible for tax benefit under section 80C of the Income Tax Act 1961.
ii. The formula to arrive at the interest rates of the small savings scheme was given by the Shyamala Gopinath Committee which recommended that the interest rates of different schemes should be 25-100 bps higher than the yields of the government bonds of similar maturity.

About PPF:
It is a savings-cum-tax-saving instrument in India, introduced by the National Savings Institute (NSI) of the Ministry of Finance in 1968. The aim of the scheme is to mobilize small savings by offering an investment with reasonable returns combined with income tax benefits.

About NSC:
It is a tax saving investment that can be purchased from any post office by an Indian Resident. The holder gets the tax benefit under Section 80C of the Income Tax Act, 1961.

About SSY:
It was launched by Prime Minister Narendra Modi on 22 January 2015 as a part of the Beti Bachao, Beti Padhao (BBBP) campaign. It is a Government of India backed saving scheme targeted at the parents of girl children which encourages parents to build a fund for the future education and marriage expenses for their female child.

About SCSS:
It is a government-backed savings instrument offered to Indian residents aged over 60 years. The deposit matures after 5 years from the date of account opening but can be extended once by an additional 3 years.

About KVP:
KVP is a small savings instrument that facilitates people to invest in a long-term savings plan. This scheme was introduced by India Post in 1988. But, a Government Committee formed in 2011 headed by Shyamala Gopinath suggested that KVP could be misused for purposes like money laundering and was discontinued. In 2014, KVP was relaunched with a number of changes. Maturity- 113 months.