India and Sri Lanka kicked off joint exercise MITRA SHAKTI-2015 at Aundh Camp Pune on 29 September 2015.This is the third joint training Military to Military co-operation and interoperability exercise between the two Armies. 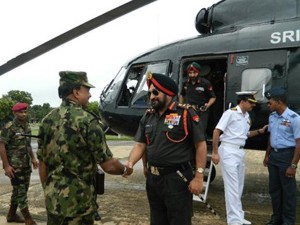 Final Tactical Exercise will be attended by senior military observers of India and Sri Lanka which is scheduled to be held at Aundh Military Station on 10 – 11 Oct 2015.