Name of the Rocket: RLV-TD

Launching Staion: Sriharikota in Andhra Pradesh
Necessity: Capable of launching satellites into orbit around earth and reentering the atmosphere
Departed Time and Date: 7 a.m., 23rd of May 2016. 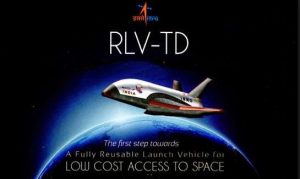 It is also known as hypersonic flight experiment.