INS Kochi is the second ship of the Kolkata-class (Project 15A) Guided Missile Destroyers.The contract for three ships of Kolkata class was signed as a follow-on of the legendary Delhi-class Destroyers, which were commissioned into the Navy more than a decade ago. 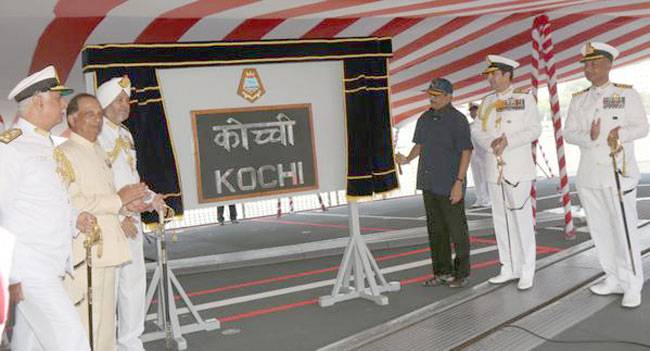 The ship is loaded with

The first of this class is INS Kolkata which was commissioned in August 2014 while the third INS Chennai is expected to be part of Indian navy by end of 2016.