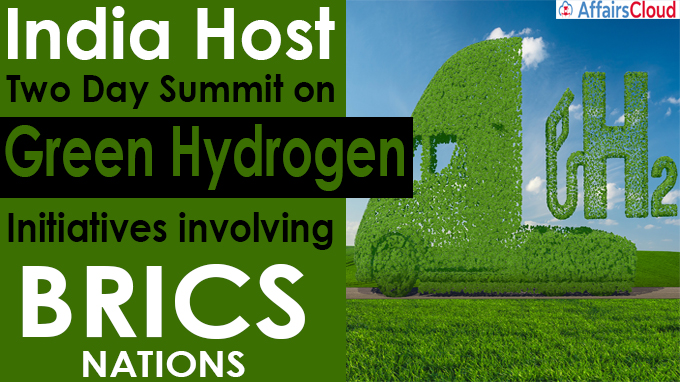 i.On Day 1, representatives from each country shared the initiatives taken by their countries on use of hydrogen and their future plans. They also discussed the relevance of different technologies developed on hydrogen.

i.Hydrogen, when produced by electrolysis using renewable energy is known as Green Hydrogen, It has no carbon footprint. It is set to play a major role and build on the rapid increase of renewable resources across the world.

ii.India produces around 50 lakh  tonnes of hydrogen annually. India is expected to see a green hydrogen demand of 16,000 tonne per annum by 2024 and 1 million tonnes by 2030.

April 17, 2021 – The Inaugural Edition of Hydrogen Roundtable titled ‘The Hydrogen Economy-New Delhi Dialogue 2021’ took place virtually on 15th April, 2021.  It is the 1st of its kind conference on Hydrogen Ecosystem.