Three other agreements were also signed between the two countries. 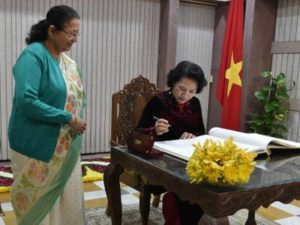 The two countries signed a Cooperation Agreement between the Lok Sabha of the Republic of India and the National Assembly of the Socialist Republic of Vietnam.It was signed between Lok Sabha Speaker sumitra Mahajan and Nguyen Thi Kim Ngan.