On October 24, 2019, India and the United States (US) signed a joint Statement of Intent (SoI) to co-develop a range of cutting-edge warfighting technologies and systems for their militaries like virtual augmented reality (VAR), air-launched unmanned airborne systems (UAS), networked operations, brand new weapon and light-weight ammo (ammunition) designs. It was signed during the 9th meeting of the India US Defence Technology and Trade Initiative (DTTI) 2019 held in New Delhi. 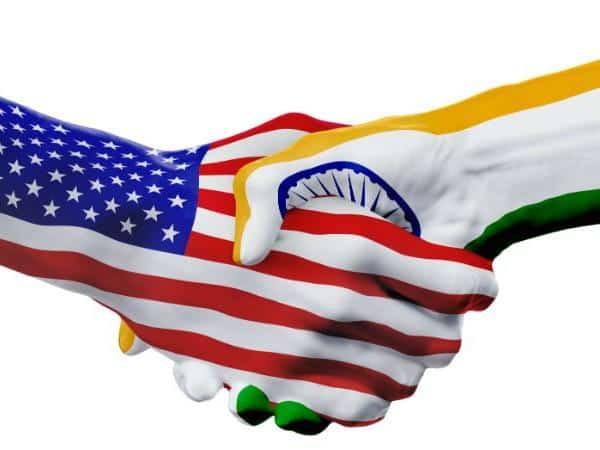 Key Points:
i.The US Under Secretary of Defense for Acquisition and Sustainment Mr Ellen M Lord and India’s Secretary for Defence Protection, Mr Subhash Chandra co-chaired the meeting.
ii.Both nations will co-develop 3 specific projects in the near-term (6 months), 2 in the mid-term and 2 in the long-term.
iii. The first of the three “near-term” projects is an “air-launched, small UAS”, which is a drone swarm; The second one is the “lightweight small arms technology” project and the third is in the field of “intelligence, surveillance, targeting and reconnaissance (ISTAR), a command and control software.
iv.Among the mid-term projects, the first is “Sea Link Advanced Analysis” which relates to maritime domain awareness and the second is “virtual augmented mixed reality for aircraft maintenance (VAMRAM).
v.Among the long-term projects, the first is the co-development of “terrain-shaping obstacles” and second project is the “counter UAS rocket artillery and mortar” (CU-RAM).
vi.Both nations will also work on Aircraft carrier technology cooperation (ACTC).
About USA:
♦Capital: Washington, DC
♦ Currency: US Dollar
♦ President: Donald Trump