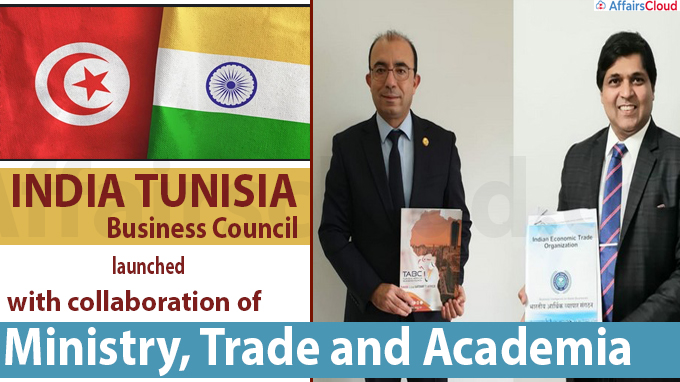 On February 9, 2021, ‘India Tunisia Business Council’ (ITBC) was launched for boosting the trade relations between the two countries. The main objective of the ITBC will be to focus on development in both countries.

i.The Bilateral Trade between India and Tunisia was USD 376 Billion in 2019-20

The discussions during the forum were chaired by Mohit Srivastava, Director of IETO.