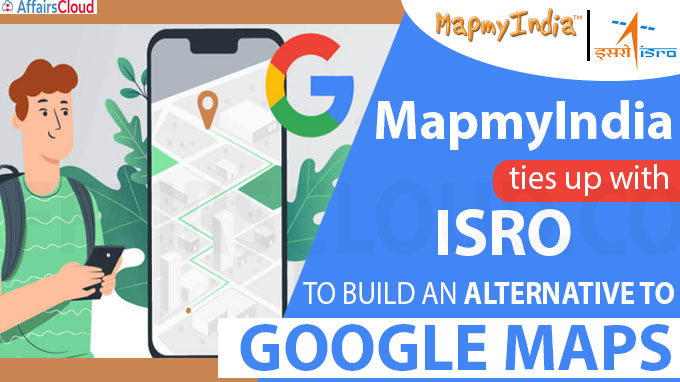 On 11th February, 2021, Department of Space (DoS) & CE Info Systems Pvt Ltd (owned by MapmyIndia) entered into a Memorandum of Understanding (MoU). According to the agreement, Indian Space Research Organization (ISRO) & MapmyIndia will partner to build an Indigenous, mapping portal and geospatial services which could become an alternative to GoogleMaps & GoogleEarth services.

i.January 8, 2021, K Sivan, Secretary of Department of Space (DoS) & Chairman of ISRO has chalked out the plan for the Decade 2021-30. It has listed both Short-term vision & Long-term visions.