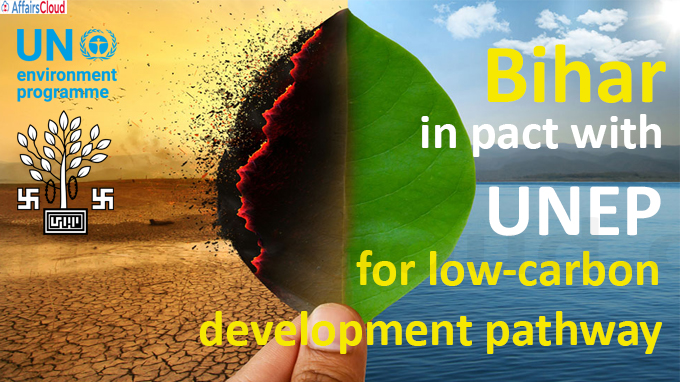 On February 12, 2021, Bihar State Pollution Control Board (BSPCB) signed a Memorandum of Understanding (MoU) with United Nations Environment Programme (UNEP) to develop a framework for achieving climate resilience & low-carbon development in the state by 2040. Bihar became the 1st Indian State to sign such an agreement.

As part of the Agreement, UNEP will assist Bihar

The MoU is part of an announcement made by Bihar & UNEP in September 2020.

i.August 10, 2020, BSPCB signed a Memorandum of Agreement (MoA) with Indian Institute of Technology (IIT), Delhi to set up a Geographical Information System (GIS) based platform for air quality management in Bihar.