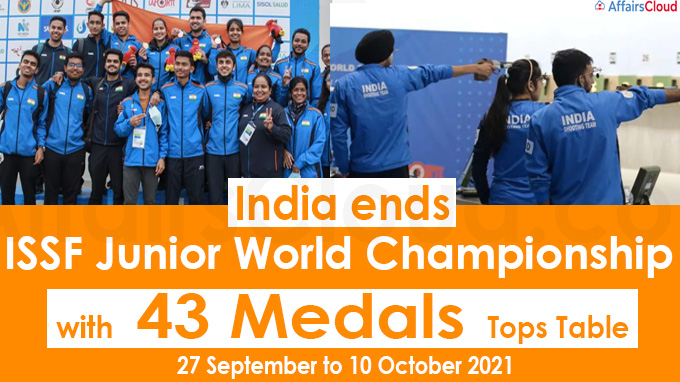 India finished the 2021 ISSF Junior World Championships at the top with 43 medals which include 17 gold, 16 silver and 10 bronze.

Top 3 in the Medal tally:

ii.Naamya Kapoor(14-year-old)  won the gold medal in the 25m Pistol Women Junior and became the youngest to win a medal at the ISSF Junior World Championships 2021.