On December 20, 2019, Asian Infrastructure Investment Bank (AIIB),a multilateral financial institution, has decided to grant a loan worth of $210 million for irrigation ($145-mn) & solar energy projects($65-mn) in India.
Under this loan, $145-million will be given to improve irrigation service delivery and strengthen flood risk management in West Bengal (WB). While, remaining $65-million has given for 250-megawatt (MW) solar power project in Jodhpur, Rajasthan. 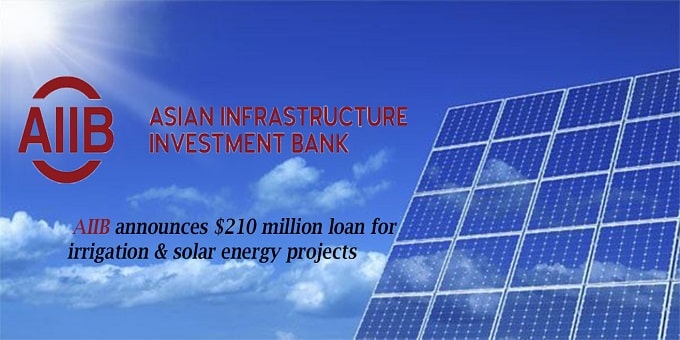 i.Irrigation project in West Bengal: This work, co financed with the World Bank(WB), is said to boost the management of the Damodar Valley Command Area (DVCA) irrigation scheme.
The financial assistance will be used to modernise irrigation facilities at main, branch, distributary and minor canal levels and invest in structural measures to reduce flooding in the project area.
DVCA: It is located downstream of Durgapur on the Damodar river in the districts of East and West Burdwan, Howrah, Bankura and Hoogly. The DVCA scheme covers 393,964 ha and provides an important source of livelihoods for 2.68 million people.