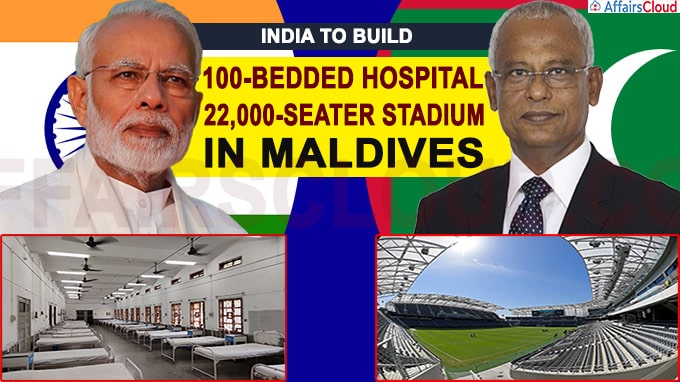 i.The Export-Import Bank (EXIM) of India extended the LOC for development of infrastructure projects in Maldives.

ii.The construction of the Hospital will strengthen the bilateral cooperation between the two countries in the Health Sector.

iii.India will partner with Housing Development Corporation Limited of Maldives for the development of Central Park and renovation of Arrival Jetty in Hulhumale.  It will benefit both the visitors and residents.

i.India has provided a Dornier Aircraft to Maldives to enhance its surveillance over exclusive economic zones and to keep an eye on terrorists.

ii.It will be operated by Maldives National Defence Force (MDNF) and the running costs will be borne by India.

iii.The request for Dornier Aircraft was made by then Maldivian President Abdulla Yameen during his visit to India in 2016.

i.On August 14, 2020, India has granted a US$250 million as budgetary support and US$500 million for the 6.7 Km Greater Male Connectivity Project (GMCP) during a virtual conversation between India’s Union Minister of External Affairs Subrahmanyam Jaishankar and Maldivian Counterpart Abdulla Shahid.