According to a report titled ‘Measuring Global Migration Potential 2010-2015’ by International Organisation for Migration (UN Migration Agency), India has the second highest number of adults planning to migrate to other countries with the US and the UK among the most favoured destinations. The study is based on international survey data by the Gallup World Poll. 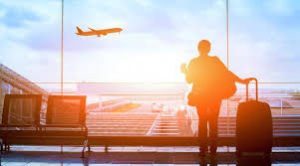 About International Organisation for Migration (IOM):

International Organization for Migration (IOM) is an intergovernmental organization that provides services and advice concerning migration to governments and migrants, including internally displaced persons, refugees, and migrant workers.