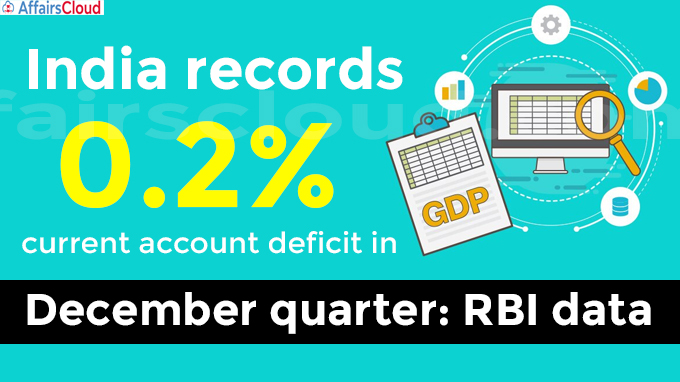 Key points about the RBI’s report for Q3FY21:

About Balance of payments:

i.It is a systematic statement of all economic transactions of the country with the rest of the world during a specific period.

ii.Components of BoP: Current account, Capital account and Errors and Omissions along with changes in Foreign Exchange Reserves.

iii.Current account: It measures the inflow and outflow of goods, services, investment incomes and transfer payments.

iv.Capital Account: It shows the capital expenditure and income of the country.

RBI stated that Foreign portfolio investors(FPIs) pumped inflows into equities in India have made the highest record of $36 billion in FY21 up to March 10, which is the highest one since FY13. Foreign direct investment (FDI) inflows also jumped to $44 billion in FY21 (till January 2021), from $36.3 billion a year ago.