India has climbed 21 spots to rank 87th on the World Economic Forum’s Global Gender Gap Report 2016 while in 2015, it was ranked 108th. With this jump in ranking, India has now overtaken China which is ranked 99th out of 144 countries.

Iceland tops the latest rankings followed by Finland, Norway and Sweden. The report 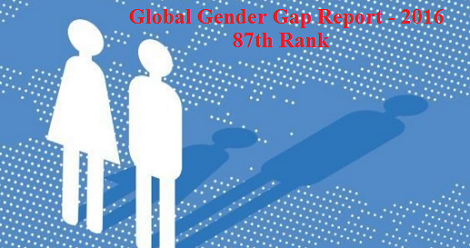 The 2016 Report covers 144 countries. The report estimates that the global economic gender gap will now not close until the year 2186.