On November 18, the 2019 International Institute of Management Development’s (IMD) World Talent Ranking (WTR) report was released. In the released report, India was ranked at 59th position in 2019, a slip by 6 places (53rd rank in 2018) on the global annual list of 63 countries, due to factors such as low quality of life and education expenditures. The list was topped by Switzerland. 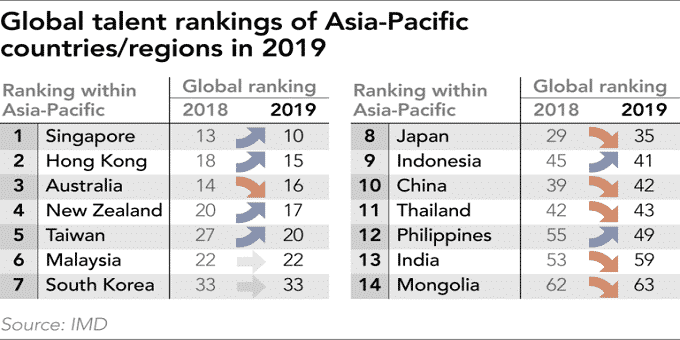 i.Key indicators: the ranking was done based on 3 key indicators/ categories. They are investment and development, appeal and readiness.

iii.India’s ranking factor: India’s rank of 59th position was due to several factors which includes expenditure on education (per student), quality of education linked to the Gross Domestic Product(GDP) growth etc. India also witnessed one of the sharpest declines among the Asian countries.