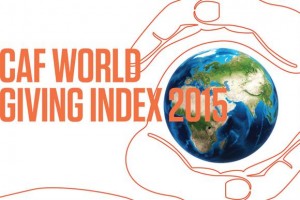 India ranks 106th  behind Brazil and last among eight countries included from South Asia in the survey.

The World Giving Index (WGI) is an annual report published by the Charities Aid Foundation, using data gathered by Gallup and ranks over 145 countries.