China and Pakistan have improved collaboration between their banking institutions with the implementation of a banking service protocol .To provide easier financing to the USD 46 billion Sino-Pak economic corridor that passes through PoK. 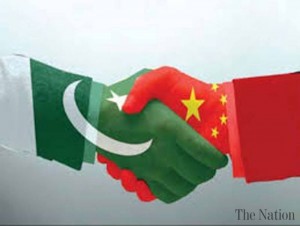 A free–trade area is the region encompassing a trade bloc whose member countries have signed a free trade agreement (FTA).