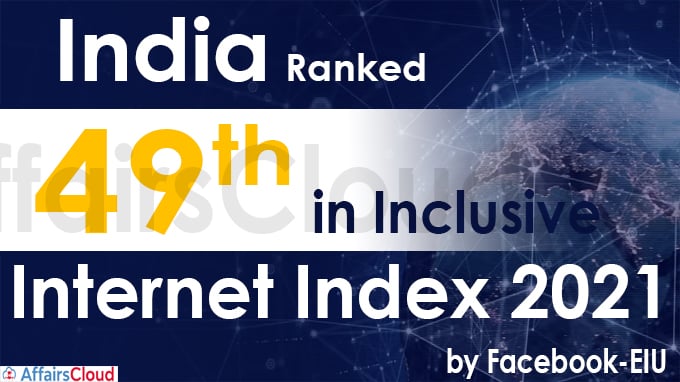 India has been ranked 49th out of 120 countries in the ‘Inclusive Internet Index 2021’ released by Economist Intelligence Unit (EIU) in partnership with Facebook. India shares its rank with Thailand.

i.The overall ranking of countries is based on 4 parameters – Availability, Affordability, Relevance and Readiness categories.

ii.India’s ranking is due to its low performance in Internet Inclusion & widening gender gap in mobile phone and internet access.

iii.Major of Countries (77 out of 120) recorded an overall improvement in Internet Inclusion.