Property consultants, Knight Frank in its “Active Capital” 2019 Report, assigned India with the 20th rank among the top capital importing countries, globally. In terms of outbound cross-border investments, it was ranked 30th. Cross-border capital flows into commercial real estate in India accounted to $2.6 billion and outbound cross-border investments increased by 92% to $0.7 billion (Rs 4,893 crore) between the first quarter (Q1) of 2018 and the first quarter 2019. Cross-border capital flows were due to geopolitical factors, prolonged global economic cycle and interest rate in late cycle investment. 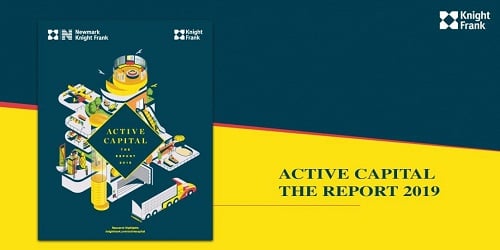 Key Points:
i.  Globally, The United States (US) was the top capital importing country with an investment of $80.89 billion. It also topped the list of capital exporting countries with an investment of $59.62 billion, followed by Canada with $50.41 billion and Germany with $24.50 billion.
ii. Singapore overtook Hong Kong as Asia-Pacific’s top source for outbound capital. It had invested more than $4 billion in China, South Korea, the UK and Australia in January-March 2019.
iii. Singapore was the biggest capital source country for Indian commercial real estate between the first quarter of 2018 and the first quarter of 2019 with investment of $704.14 million.
iv. China was at the 6th position with an investment of $14.30 billion among the capital importing countries.
Between the first quarter of 2018 and 2019, the total outbound capital from Asia Pacific fell 34% to $57 billion from $88 billion and stood at third position behind North America ($110 billion) and Europe ($104 billion). It was due to the significant fall in outbound capital from China.
Top destinations of Cross-bound investments (Real estate) from Q1 2018 to Q1 2019:
Inbound with Investments ($ m) among APAC (Asia-Pacific)