The 3rd India Energy Forum by CERAWeek (Cambridge Energy Research Associates) was conducted in New Delhi from 13-15 October 2019. The Summit, served as a platform to examine the fundamental challenges and opportunities to provide sustainable, secure and affordable energy choices to the nation. Various ministers held key speeches during the forum. Some of them are as follows, 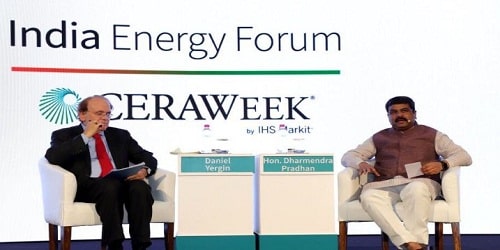 About India Energy Forum:
The Forum is perhaps the only Indian Organisation which represents energy sector as a whole and serves as an independent advocate of the industry promoting practical solutions to problems affecting project development and finance in India.
Established- October 2001.
Location- New Delhi.