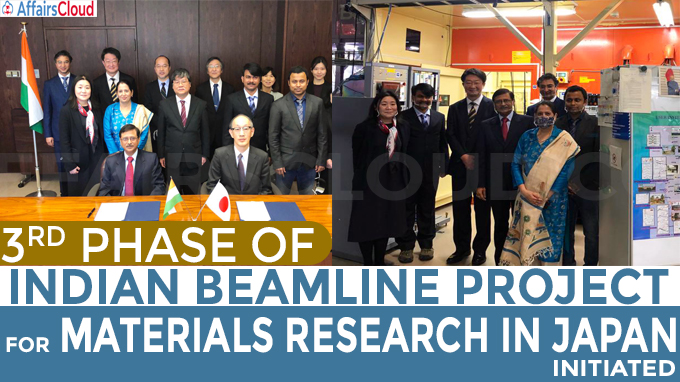 On March 23, 2021 the 3rd phase of the Indian beamline project was initiated in Japan with special focus on research based on Industrial Applications. In this phase Indian researchers will be trained with Advanced X-ray techniques used in Material research. It is set up under India-Japan Scientific and Technological Cooperation.

i.Indian Beamline is a multipurpose beamline that facilitates in various categories of experiments based on X-ray sources.

iv.The project is supported by India’s Department of Science & Technology under its Nano Mission, initiated in July 2007.

An X-ray beamline (BL18B) was constructed by SINP in Japan.

It is capable of performing advanced research in Nano materials.

It was used by 45 Indian Institutes.

Various operational modes were included to the beamline, under joint cooperation between JNCASR and SINP.

On January 15, 2021, India & Japan signed an MoU to boost cooperation in the field of Information & Communication Technology (ICT) which includes 5G technologies, Smart Cities, Telecom Security among others.

About Department of Science & Technology (DST):