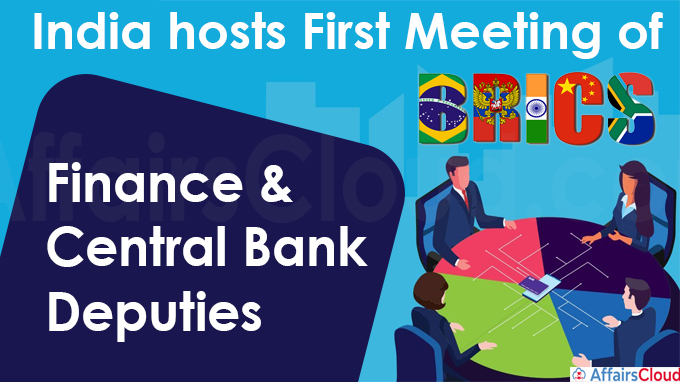 On February 24, 2021, India hosted the meeting of BRICS (Brazil, Russia, India, China, and South Africa) finance and central bank deputies. Notably it was the first meeting on the BRICS Financial Cooperation under India Chairship in 2021.

–During the meeting, discussions were held on the issues Global Economic Outlook and Response to COVID-19, Social Infrastructure Financing and Use of Digital Technologies, New Development Bank (NDB) Activities, Fintech for SME and Financial Inclusion, BRICS Contingent Reserve Arrangement (CRA), among others.

— India’s approach is focused on strengthening collaboration through Continuity, Consolidation and Consensus

Russia– Central Bank of the Russian Federation or Bank of Russia

The 13th BRICS Summit is going to be held under India’s Chairship in 2021. It will be the third time that India will be hosting the BRICS Summit after 2012 and 2016.