On March 12, 2020, World Animal Protection released the 2nd edition of global Animal Protection Index (API) 2020, where India gained C grade (also in 1st edition in 2014) with other 8 countries which indicates India is one of the better-performing countries. Tragically no country gained A grade. 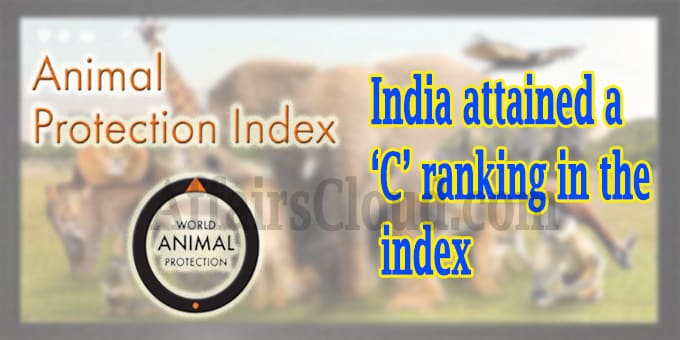 i.It aims to display whether countries are doing well & where they lack on animal welfare policy & legislation, so they could take steps to improve.

ii.It helps the countries to have good animal welfare practices such as keeping animals clean, healthy & with sufficient space to exhibit natural behaviours.

iii.It assesses the animal welfare policies & legislation of 50 countries & ranks them from A (highest score) to G (lowest score) with 10 indicators, grouped into 4 goals namely;