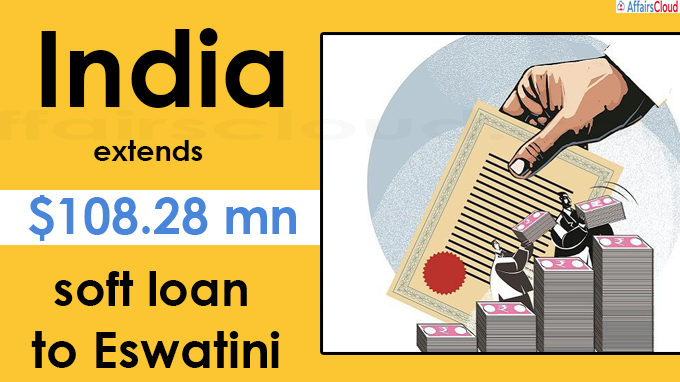 On June 15, 2021, the Government of India (GoI) extended its 4th Line of Credit (LOC) worth USD 108.28 million to Eswatini (formerly Swaziland) for construction of their new Parliament building. With this the total value extended to Eswatini as a soft loan has reached USD 176.58 million. These LOCs are being utilized towards the projects of information technology, disaster management, agriculture, and construction.

The agreement for the same was inked by Nirmit Ved, General Manager, Exim Bank, and Neal H Rijkenberg, Finance Minister of Eswatini.

About LoCs of Exim Bank:

It should be noted that with the above LoC, Exim Bank has now placed 272 LOCs, covering 62 countries in Africa, Asia, Latin America, and the Commonwealth of Independent States (CIS), with estimated credit of USD 26.84 billion.

ii.Apart from Exim Bank, India has extended a total of 211 Line of Credits (LoCs) amounting to US $12.85 billion to the African countries in various infrastructure projects.

i.FirstRand Bank , the second largest bank in South Africa has decided to withdraw its banking services from India just within a week of Citi banks exit. The Asset value is $118 billion.