As per the recently released MRF (Madras Rubber Factory) Tyres International Cricket Council (ICC) Men’s Test Player Rankings” as of October 7, 2019, Rohit Sharma, who became the first Indian cricketer to score a century in both innings of his first test as an opener, reached a career-best 17th position . He jumped from the 54th position to the 17th. 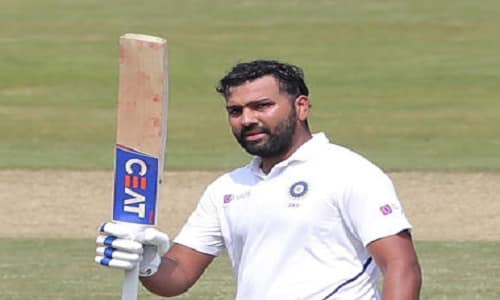 Key points:
i. Rohit, who now has five centuries in 28 Tests, jumped 36 places from 176 and 127 runs innings in the first Test against South Africa at Visakhapatnam, Andhra Pradesh. Other opener Mayank Agarwal gained 38 places after scoring a double century in the first innings to reach a career-best 25th rank.
ii. Captain Virat Kohli has retained his second position, though he has slipped below 900 mark for the first time since January 2018.

Top 3 players & Other Indians in the batsmen rankings: