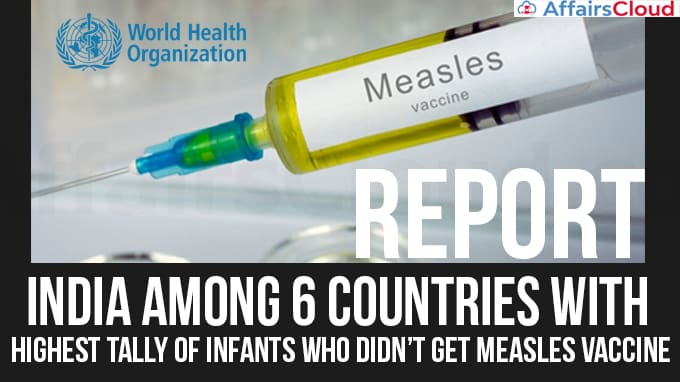 In accordance with the new report by World Health Organisation (WHO) and United States (US) Centers for Disease Control and Prevention (CDC) titled “Progress Towards Regional Measles Elimination Worldwide 2000-2019”, India is among six countries with the highest number of infants who had not received the vaccine against measles.

—Prevention and Control: To control and prevent measles outbreaks and deaths, the vaccination coverage rates with the required MCV1 and MCV2 must reach 95% and be maintained at national and subnational levels.

i.As per the recent report of the WHO, India is the most depressed country in the world.It mentioned that 1 in 7 people from India suffered from mental illness like depression and anxiety from 1990 to 2017.

ii.As per the WHO, about 80% of fresh HIV infections among adolescents in southern and eastern Africa are among girls.

About World Health Organisation (WHO):