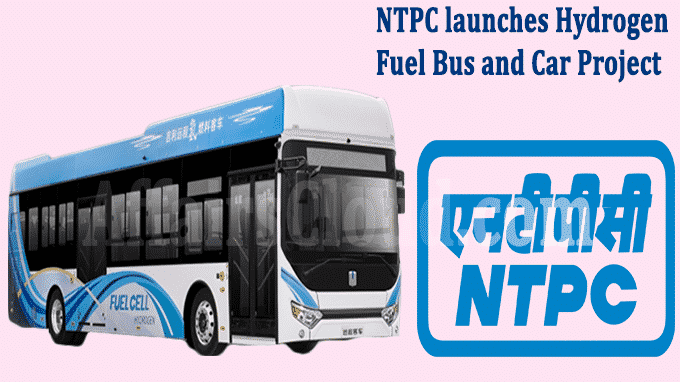 i.Aim: The procurement  is the first of its kind project in India to develop a complete solution ranging from green energy to fuel cell vehicles & aims to reduce carbon emissions in the transportation sector.
Other cities for release of FCEVs (fuel cell electric vehicles) at other locations may also be included.

ii.Pilot project: For this initiative, consent has also been taken from the Ministry of New and Renewable Energy (MNRE) for production of hydrogen and its storage and distribution facilities. The EoI has been issued by NTPC’s wholly-owned subsidiary, NTPC Vidyut Vyapar Nigam (NVVN) Limited.

iii.How does Hydrogen fuel cell work?
Here, the hydrogen is passed through a fuel cell, where hydrogen breaks down into electrons and protons within the cell. At the same time, the separated electron is sent into a circuit, which produces electric current and heat, which in turn helps reduce carbon emissions.

iv.Steps taken by the NTPC for e-vehicles: