On 5th May 2020, Professor Saurabh Lodha of Electrical Engineering of IIT Bombay received Young Career Award 2020 in Nano Science and Technology by the Department of Science and Technology(DST), Government of India to recognize his contribution for the development of two dimensional Van der Waals material based logic transistor technologies beyond silicon and nanoelectronic. 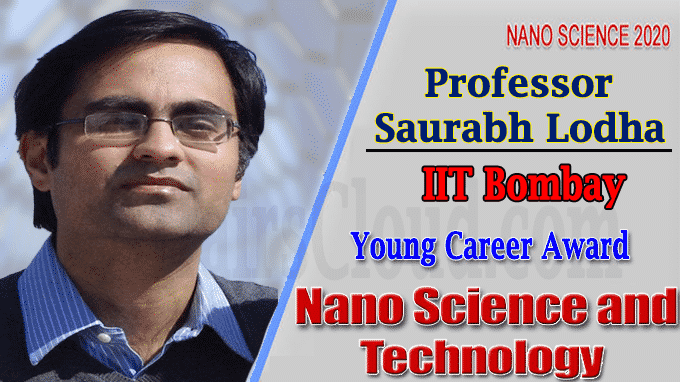 ii.He has developed new materials and processes to improve the thermal stability and reliability of the thin(1-2 nm) gate dielectric of the transistor and lower the resistance of metal contacts to the transistor and to obtain electrical impurities at a higher level and reduce the failure rate and last longer.

iii.His works are incorporated in semiconductor equipment for advanced transistor technologies which are presented in top device conferences across the globe.

iv.He also worked on discovering the flat two dimensional materials analogous to graphene besides his works on transistors that run computing and communication electronics.

v.He is an alumnus of IIT Bombay and Purdue University, USA working on the capabilities and expertise for developing power electronic transistors based on silicon carbide and gallium oxide semiconductors with wide bandgap.