On May 6, 2020, D P S Negi, a 1985 batch IES (Indian Economic Services) officer has assumed charge as Director General (DG) of Labour Bureau in the Ministry of Labour and Employment by replacing B N Nanda. In addition, he also takes charge as Senior Labour & Employment Advisor of the ministry.
It is for the first time a dual duty has been given to an IES officer. 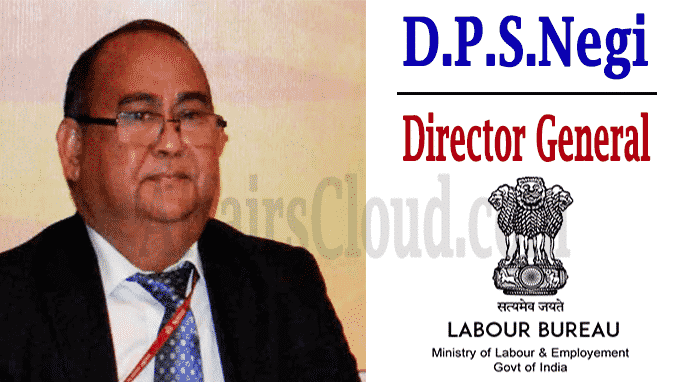 i.Prior to this appointment, Negi worked as Advisor of Finance, MSME(Micro, Small and Medium Enterprises)ministry.

ii.He also served as Director of Social Security In Ministry of Labour and Employment & Chief Executive Officer (Director and Head of Department) in the National Buildings Organization, Ministry of Housing and Urban Affairs (MHUA) from 2006-2014.

iii.He played a key role in taking reforms and amendments in five Social Security Legislations and Acts, including EPF & MP Act, 1952 & got his credit for housing for all projects worth Rs 1,20,000 crore.

About Labour Bureau: It collects and analyse data related to workers, employment, and retail inflation.