I am Rajesh Nandi From Bhubaneswar,Odisha.I have completed my graduation in Accountancy in 2015.From the start of my college life I made my mind to clear a competitive exam.During my College life in 2014 I got a job in TCS,Calcutta as a Process Asscociate.Then I started my professional life from June 2015 .During my stay in Calcutta I could not get time to prepare myself for any competitive exam,then Finally I left my job in Sept 2016.And my preparation started from 1st October 2016.

Journey of my preparation:

In 2016 I have attempted 3 bank exams without knowing the proper syllabus.I did not have any idea regarding Gradeup,Adda247,AffairsCloud,Aspirantszone,OliveBoard. So I failed in all exams by narrow margins of 2-5 marks.It was in January 2017 I came to know about different online sources from my friends and started to proceed. 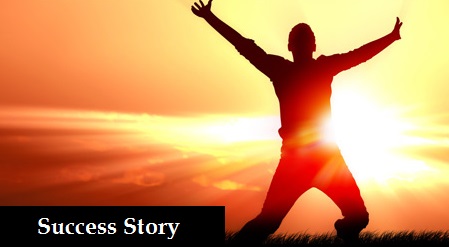 Some people tell to follow CAT Books but I have never seen a CAT book just practice daily quizzes from gradeup,adda247,aspirantszone,oliveboard and ibpsguide that’s more than enough provided your basics are clear.IF you are week in basic then follow RS Sharma book first for Basics .

This is my week section. I didn’t want to suggest anything in this subject as I am week in this part.I have just practiced from adda247.

This is my Favourite section.It has 3 sections 1.Current Affairs 2.Banking Awarness 3.STatic GK.I suggest to Read Affairs Cloud Current Affairs pocket PDF monthy (40 pages) for last 4 months preceding the main exams.Then for banking awareness Please read” Banking Notes” and Banking Quizes of Affairs Cloud.For Static GK Read Affairs Cloud Statick GK Volume 4.THere are other sources like gradeup,adda 247,aspirantszone,ibpsguide which u can follow.BUt trust me if u follow only Affairscloud properly you will get atleast 30 out of 40 in GK.

This is my week section.Read any newspaper that will enhance your vocabulary.

My request to other Aspirants

Don’t get demotivated.The journey for exams is like a Cricket Match. Here u have to crack in only one match .If u prepare well and attempt all exams trust me definetly u will get the job as any batsman can score a century if he plays 30 matches.Every year we have atleat 15 exams .so within 2 years any student can get a job. Don’t think that I am week in English/Math. Everybody is week in math/English.