It will help you to know where you stand before appearing for the actual exam. IBPS Clerk Course 2015: Prelims Mock Test platform will help you to practice, analyze and improve your performance, by providing detailed solutions for all the questions. 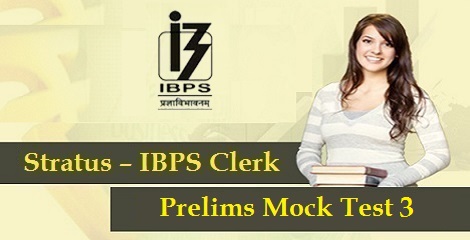