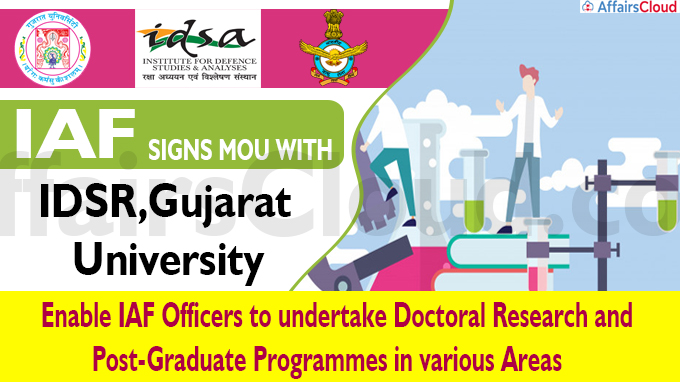 Indian Air Force (IAF) and Institute of Defence Studies and Research (IDSR), Autonomous Institution of Gujarat University have signed a Memorandum of Understanding (MoU) to enable IAF officers to enroll for higher studies in the IDSR Institute. The MoU has been signed as part of IAF’s Project Akashdeep.

iv.The Partnership will help the officers to develop strategic knowledge & intellectual skills, which will contribute towards formulation of strategic plan and policies in the advent of hybrid Military Operations.

i.It is a program for Airmen in IAF.

ii.It was launched to recognize the Basic & In-service training which are imparted to Airmen & Non-Combatants Enrolled (NCs (E)) of IAF for award of civil qualifications.

i.On 7th December 2020, the IAF signed a MoU with CSIR-NML, Jamshedpur, Jharkhand for the research and development in the field of material science and engineering.