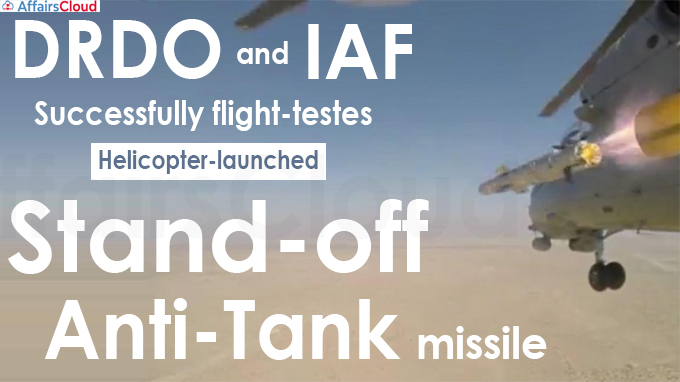 Developers of SANT:
It has been designed and developed by Research Centre Imarat (RCI), Hyderabad (Telangana) in coordination with other DRDO labs and participation from industries.
Key Points:
i.This is the third in the series of indigenous stand-off weapons following long range bomb and smart anti airfield weapon (SAAW) for IAF. It is a fourth generation upgraded variant of HELINA missile developed for long distance airborne anti-armour role.

iii.The weapon can neutralize targets in a range up to 10 kms.

iv.It also has the capability of Lock-on after launch and Lock-on before launch.