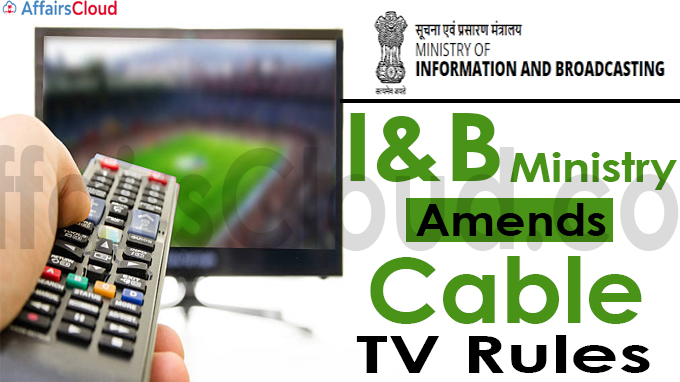 It provides a  statutory mechanism for redressal of grievances/complaints of citizens related to content broadcast by television channels, in accordance with the provisions of the Cable Television Network Act, 1995.

i.There is an institutional mechanism by way of an Inter-Ministerial Committee to address grievances of citizens related to violation of programme/advertising codes.

iii.However, the Supreme Court in its order in the “Common Cause Vs Union of India & Others” case had advised the Central Government to frame appropriate rules to formalize the complaint redressal mechanism.

iv.At present there are over 900 televisions Channels granted permission by the Expected Outcomes

Features of the Portal

i.The portal has several features similar to the app. Using it consumers can,

ii.Both the TV Channel Selector app and portal are presently functional with 16 DTH and cable operators.

iii.In March 2017, TRAI notified the New Regulatory Framework for Broadcasting and Cable services, it came into effect in December 2018. It mandates consumer choice and enables subscribers to select television channels they want to watch.

ii.On November 4, 2020 The Ministry of I&B constituted a 4 member committee to review “Guidelines on Television Rating Agencies in India” notified by the ministry in 2014. The committee is headed by Shashi S. Vempati, CEO(Chief Executive Officer) of Prasar Bharti.