On March 8, 2020, Hockey India, the governing body with mandate to conduct all activities for both men and women’s hockey, has organized its 3rd Annual Awards 2019 at Hotel the Lalit in New Delhi to honour the best hockey players and former legends of the game from India. Minister of Youth Affairs and Sports Kiren Rijiju was the chief guest at the occasion. 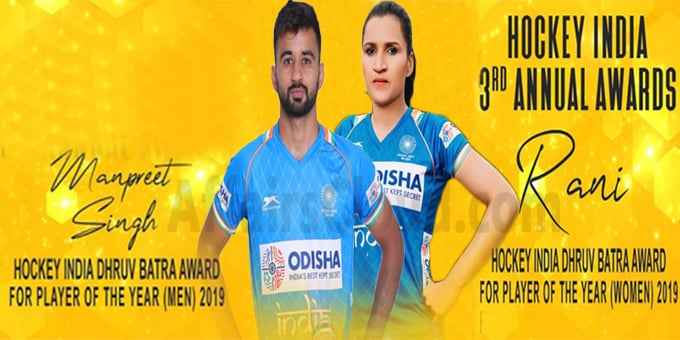 iii.Manpreet became the 1st Indian to become the International Hockey Federation’s (FIH) best player of the year in 2019. Rani also became the first hockey player to win the World Games Athlete of the Year 2020 in January.

List of Awards for felicitating the players for Individual Achievements during 2019: