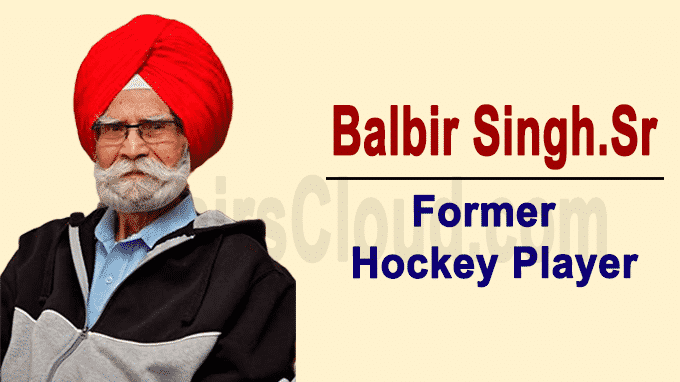 On 25th May 2020, Legendary hockey Player, three-time Olympic gold medalist and the best centre-forward Balbir Singh Dosanjh passed away at the age of 95 at the Fortis Hospital, Chandigarh where he was admitted due to multiple organ failure and remained in ventilator support from 8th May 2020. He was born on 19th October, 1924 in Haripur, Jalandhar

i.Balbir Singh Sr. made his International debut in May 1947 tour of Sri Lanka.

ii.He was appointed as the Captain of Indian hockey team for the Melbourne Olympics in 1956.

iii.Retiring from his active hockey career, he served as the Manager of India’s World Cup winning team lead by Ajitpal Singh in 1975.

iv.He wrote his biography “The Golden Hat Trick: My Hockey Days” in 1977.

vi.In 2012 London Olympics he was named one of the 16 legends chosen by the International Olympic committee across modern Olympic history he was the only Indian.

vii.In the Asian Games 1982 in Delhi he was given the honour of lighting the torch.

i.In his Olympic debut in 1948 Games in London against Argentina he scored 6 goals and in the finals against Great Britain scored 2 goals and won the first gold medal for India as an independent nation.

ii.He holds the world record for Most goals(5) scored by an individual in a men’s Hockey final of the Olympics which is still unbeaten. This record was made against Holland in 1952 when India won the finals with 6-1. Out of 13 goals of India at Helsinki 9 goals were scored by Balbir Singh Dosanjh.

iii.In the 1956 Melbourne Olympics he won the finals against Pakistan.

iv.He was the first hockey player to receive Padma Shri in 1957