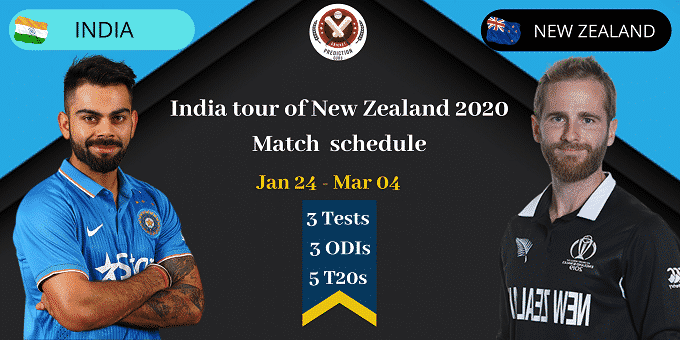 It was the first time in the history of cricket that a team has won a five-match T20I series by a margin of 5-0. Apart from India being the 1st team to win 5 match series, it was also the first time India won a T20I series in New Zealand after it failed twice previously.

The Indian cricket won their maiden T20 series win against New Zealand in the 3rd T20I with a super over. The 4th T20I match also had a super over.

For the 1st time ever 5 batsmen scored fifties in a T20I:

India’s KL Rahul was placed at the 2nd position which is his career best in the recently released T20I rankings. The list was topped by Pakistan’s Mohammad Babar Azam. Australia’s Aaron James Finch was ranked at the 3rd position.

India fined by ICC for slow over-rate in final T20I:

The International Cricket Council(ICC) has fined the Indian Cricket team 20% of the match fee as India maintained a slow over run rate during the 5th and final T20I match.