The 50th edition of the International Film Festival of India(IFFI) was held in Goa from November 20-28, 2019. It was organized by Directorate of Film Festivals (DFF), Union ministry of information and broadcasting in collaboration with Govt of Goa. Bollywood actor Amitabh Bachchan and Kollywood actor Rajinikanth together announced the 50th edition of the IFFI open, in presence of Union Minister for Information & Broadcasting(MoIB) Shri Prakash Javadekar and other officials. The festival opened with the Italian film ‘Despite the Fog’ directed by Goran Paskaljevic. The key highlights of the IFFI, one of the oldest film festivals of Asia, are as follows, 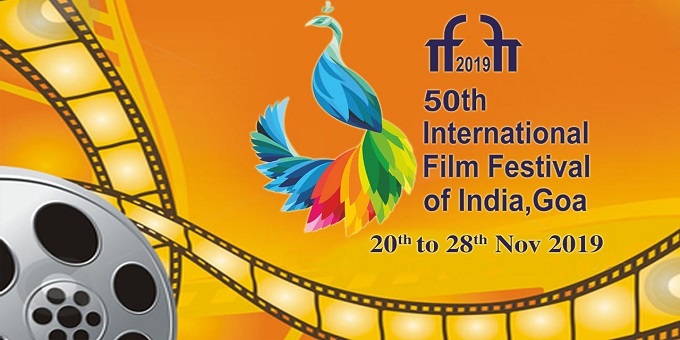 I&B Secretary Amit Khare launched NFAI Calendar 2020:
Secretary of MoIB Shri Amit Khare launched NFAI (National Film Archive of India) calendar 2020. The calendar features 24 rare images of the musical instruments in Indian Cinema.The Calendar is available in two formats, wall and table and can be purchased online at www.nfai.gov.in. President of the Federation of Film Societies of India(FFSI), Kiran Shantaram Chief Secretary, Government of Goa, Shri Parimal Rai and others were present during the launch.

Interactive digital Multi-Media exhibition [email protected] launched:
Hi-tech digital, interactive and multimedia exhibition named [email protected] was launched during the festival. The exhibition was put up by the Bureau of Outreach and Communication(BO&C) and NFAI at Darya Sangam, near Kala academy, Goa. the exhibition depicts the journey of IFFI over the last 5 decades. NFAI Director Shri Prakash Magdum and Regional Outreach Bureau, Pune Director Shri Santosh Ajmera participated in the event.

i.The Best Director award was given to Lijo Jose Pellissery for the film ‘Jallikattu’, who won the Silver Peacock Trophy and a cash prize of Rs. 15,00,000.

ii.Golden Peacock: The french movie ‘Particles’, directed by Blaise Harrison bagged the award for Best Film in IFFI 2019. The award comes with the Golden Peacock trophy, certificate and a cash prize amount of Rs. 40,00,000, shared equally between the Director and the Producer.

iii.Usha Jadhav was awarded the Best Actor (Female) for her portrayal of ‘Prabha Mai’, in the Marathi film ‘Mai Ghatt: Crime No, 103/2005’

iv.Seu Jorge won the Best Actor (Male) for his portrayal of Carlos Marighella in the Brazilian movie ‘Marighella. Both Seu & Usha received the Silver Peacock Trophy and a cash Prize of Rs 10,00,000 each.

v.Special Jury award, which carries the Silver Peacock Award and a cash prize of Rs. 15,00,000, was awarded to Pema Tseden for the Chinese movie ‘Balloon’.

Awards:
Various awards were given during the festival. They are as follows,