On November 22, 2019 the Union health ministry submitted its detail to the Parliament on the no. of beneficiaries under the Pradhan Mantri Jan Arogya Yojana scheme which is also known as Ayushman Bharat.  Gujarat was ranked as the best performer in terms of no. of hospital admissions. Gujarat has so far made 1 million hospital admissions and raised health claim worth Rs 1,519 crore. 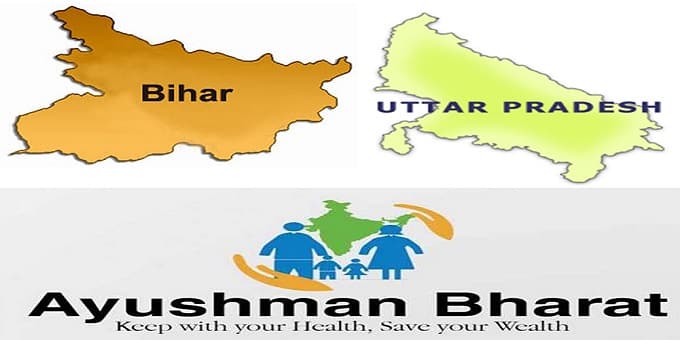 ii.Claim raised in UP, Bihar and kerala: The health claim report are as follows,

iii.Total health claims raised: Health claims worth Rs 7,602 crore were raised across the country under the scheme till November 20, 2019 with nearly 6.2 million admissions country-wide.